Last Sunday, the studs took some hard fought points back to Groningen.
After driving all the way to Bemmel, the GSRC was ready for the first match of the season against RC Betuwe in an our brand new Canterbury kit. We started off strongly and spent most of the first half on the oppositions half. We had some nice interplay between the forwards and backs and played very structured, with a half time score of 5-10 for the GSRC as result.

In the second half, we weren’t able to play as well as we did before, allowing the opposition to get back into the game. Despite this, we kept our chins up the entire game and never lost hope. In the dying minutes, we scored a try to recover the lead and emerge victorious! 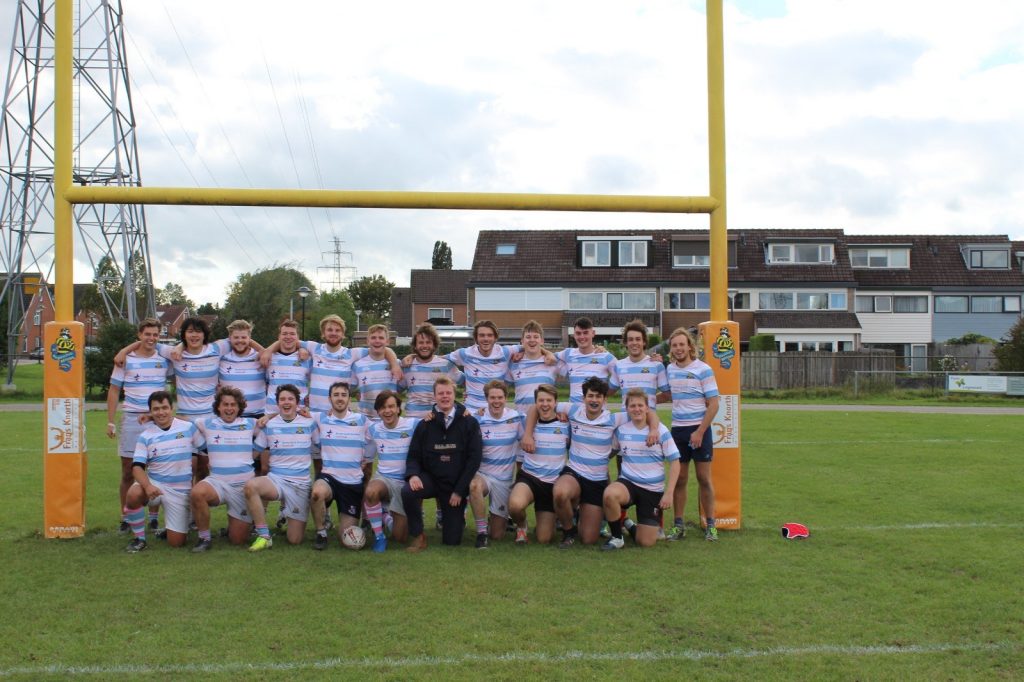