Last Sunday we played another game. This time against DRC Phoenix. During the first half we managed to create a lot of space and with the speed in our back line we managed to get the first few tries of the game on the board. In the first half we did not concede a lot of tries, yet in the second half due to poor weather conditions the ball slipped out of our hands quitte often, resulting in a more chaotic game with tries being made by both teams evenly. Even though the chaotic second half of the game we still managed to push trough and keep the points in Groningen where they belong. With now having won 2 games already in 2020 it promises to be another great year for the G.S.R.C. Final score: 38-21 Man of the Match: Eoin Doyle 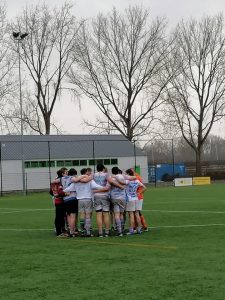